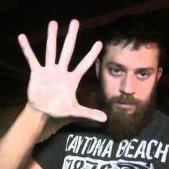 Great thread, Joshua! I hope to read about your successful cert on the Ironmind website next Wednesday. I wrote an article about my path from the Trainer to certified on the #3 back in 2011. I ce

I have only refereed one cert -- Adam Glass. I showed up at Adam's gym, we opened the gripper, and he shut it. No warm up, no chalk. I think I even interrupted some other workout he was doing. I

Well due to shoulder problems i went and seen my doc, she xrayed it and it looked fine its just overuse that caused it. She gave me meds and i rescheduled my cert for next friday. By the way i fel