Here's a video I made a few years ago comparing several different anvil training devices, including the old and new versions of the LBH. Scroll to about the 7 minute mark to get right to where I compa 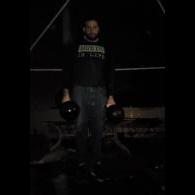 Grip doesn't really scale the same though for the heavy weight classes. I like grip for this exact reason that lighter guys can compete with heavier guys which is why andrew durniat is one of my favor