This video review compares two pieces of grip training equipment, the Rolling Thunder, which has been around for over a decade, and the Wrist Wrench, which has only been around a couple of years. Whi

Built myself a Wrist Wrench earlier today and did a training session with it: Best lift was 32.5kg each hand. A bit surprised I couldn't manage a bit more - I thought I'd get 40kg no probs 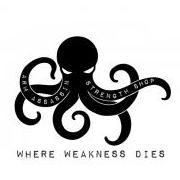