I need to fold my hand down to get the tape on my hand, but it works... or at least it used to... after a few times up the ladder I noticed a cut in my hand near the base of the thumb.  The 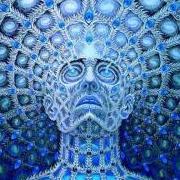 Ok, so what is the final word on hand size?  I have small wrists and little-dinky-hands, the type that small girls point at on the street and start to giggle,   but I have considerably stronger hands

I am going to bring this old thread back to life... besides your hand size, has anyone tracked your hand growth over the years?   For example many body builder types hold their chest size and bic